I MET JILLIAN MICHAELS AND TYRA BANKS IN LA. AND I HIT JILLIAN!!! 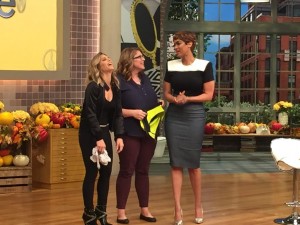 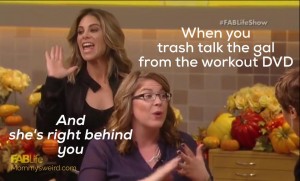 My quest to keep in shape has been an interesting one.  Not only did I break my bra while running on the treadmill… 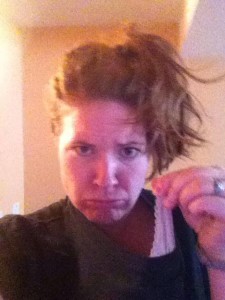 But, I also broke another one while doing Jillian Michaels 30 Day Shred….and yes that is Jillian’s crotch in the background. 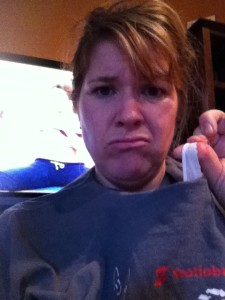 I find it weird that both times I broke a bra strap it was the left bra strap.  I thought your right breast was supposed to be bigger than your left.

Obviously not the case.

I apparently have a huge left breast.

My children absolutely love Jillian Michaels. I don’t allow them to watch The Biggest Loser, but Whirlwind loves to work out with me and use her Barbies or maracas as hand weights.

“Where does Jillian live?”

“Can you email her and see if we can visit her?”

The interest in Jillian Michaels has grown so much that yesterday Baby Bot told me he was going to make me a “Jillian Cake” for my birthday.

I don’t really want a “Jillian Cake” for my birthday.  I just want her to buy me a new bra.  And maybe toss in a few new DVD’s. 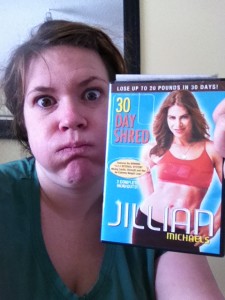 Disclaimer:  This was not an ad for Biggest Loser or Jillian Michaels.  But, seriously, buy me a new bra lady. Taming these breasts is damn expensive.