I cannot explain to you the excitement I had when I heard that Gilmore Girls was returning to television. 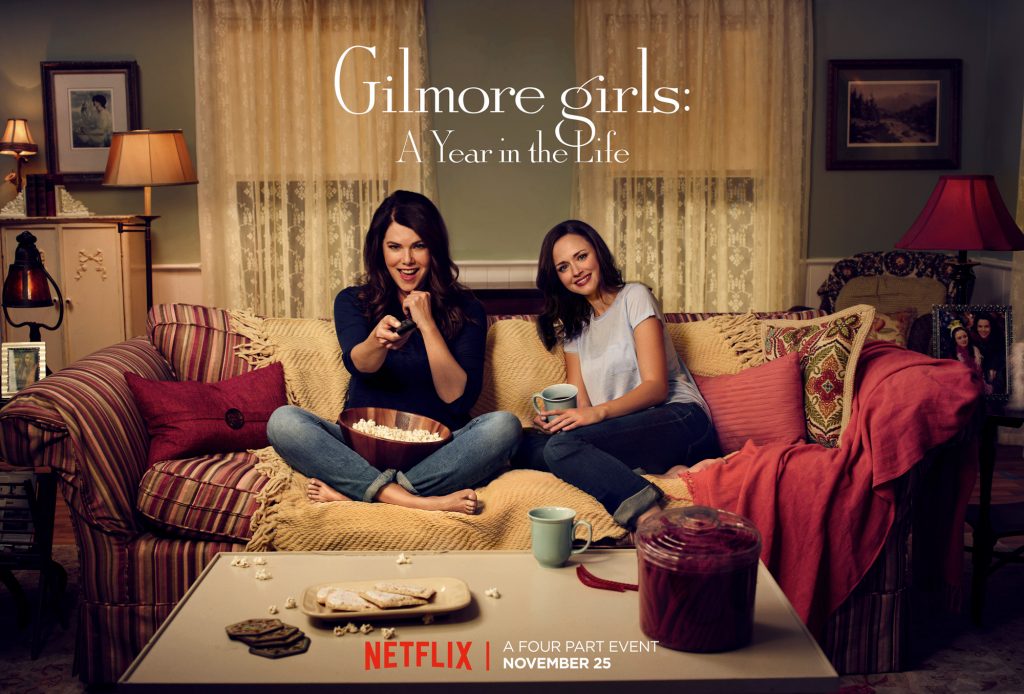 It is hard to share with you the impact that show had for me during a very difficult time.

T.v has always played a very big role in my life. It has also played a very big role during very difficult times in my life. Beverly Hills 90210 was my “go to” during the crap I had to endure on the school bus in high school.  I would tape the songs I heard from the show and listen to them in my walkman and imagine the gang at the Peach Pit or the Walsh’s to drown out the insults about my parents and about me for being too loud, too talkative, too fat and too ugly. I would run home after school, head into the basement and watch as many episodes as I could on my VCR before my Mom yelled at me to quit watching t.v. Then I would come up from my hole and yell at her.

When I was in my twenties and living as a nanny in California, I filled my lonely nights with Real World: Seattle until I made real life friends. 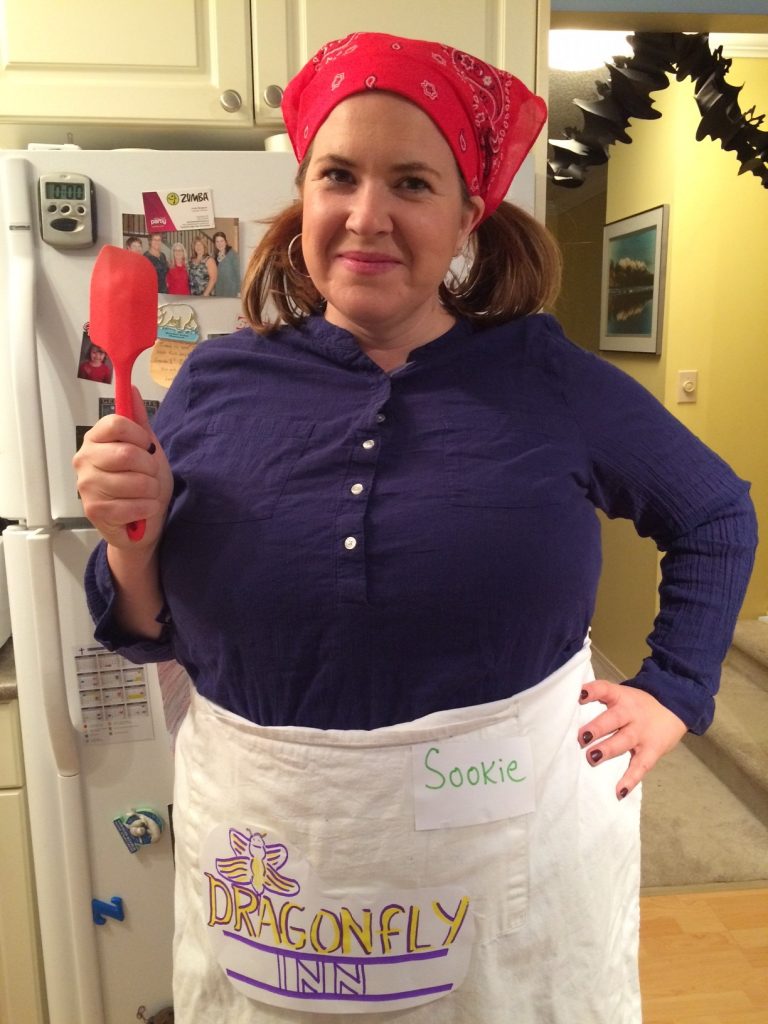 FYI: This is a photo of me dressed up as Sookie for Halloween 2016.

I didn’t get the WB channel, so I knew a bit about the show, but wasn’t fully introduced to it until the summer after they completed their final season.

I had very shitty first trimester with Whirlwind.

Yes, I know we all have shitty pregnancies. I am not trying to take that away from anyone. And I only touch on it every once and awhile because it was such a scary time for me. But, it was suggested that I have Pregnancy Psychosis by a psychiatrist and psychologist. So, not only was I suffering from morning sickness, I was sad.  I was really sad. I was having scary thoughts.  Really scary thoughts. One day I just woke up and quit going into work. Like quit. I didn’t call. I just quit going. Finally after 2 weeks of not showing up, I got a phone call from work.

“Kyla, do you plan on coming back?”

During this time I had been lent Gilmore Girls episodes from Dave and Michelle.

I spent those weeks watching no less then 7 episodes a day.

After those 2 weeks off, I went back to work, still very sad but would come home every night at 7 pm and hang out in Stars Hollow for another 2 and a half hours.

It brought me joy and peace in a pretty horrible time.

I will never forget what that show did for me.

Even to the point that I made sure that some of the set was still around at the Warner Brothers Studio when Zed and I visited LA in 2009. 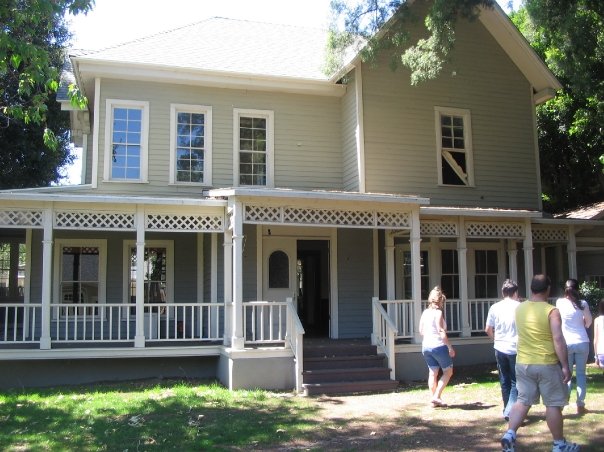 Miss Patty’s on a Warner Brothers Tour in 2009

So, yes. I am very excited to watch the ‘reboot’ of the show on Netflix starting this Friday. But, I am also a bit nervous. Will it be enough for me? Will I be ready for it to be the end? I mean I already had to say good bye to the show once. Am I ready to say “so long Rory and Lorelai again? 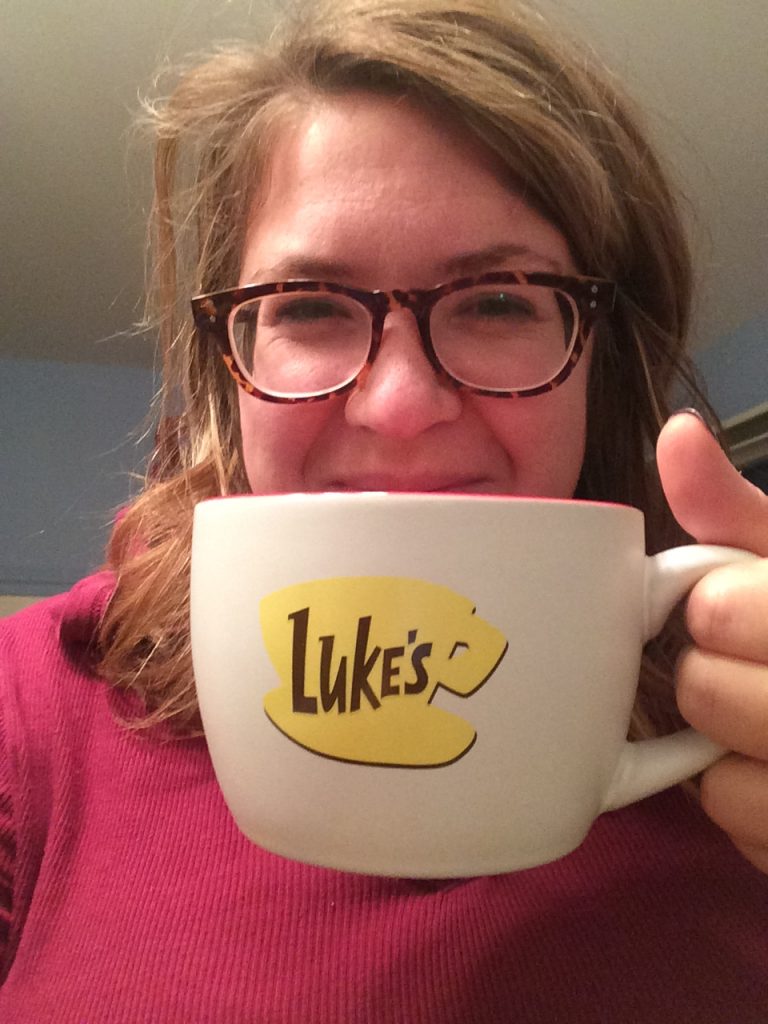 And mostly, I am excited for the last 4 words.

I had always heard that when the creators of Gilmore Girls were let go from their jobs of that final season that they were heartbroken that they could never end the show the way they wanted.

See you on Friday.