This is a bread pudding recipe that was given to me by my Mom after a trip to the East Coast with my Uncle Gordon. There is a chance I have remembered the backstory incorrectly. I have adapted the recipe a tad to add apples. And voila Apple Bread Pudding! 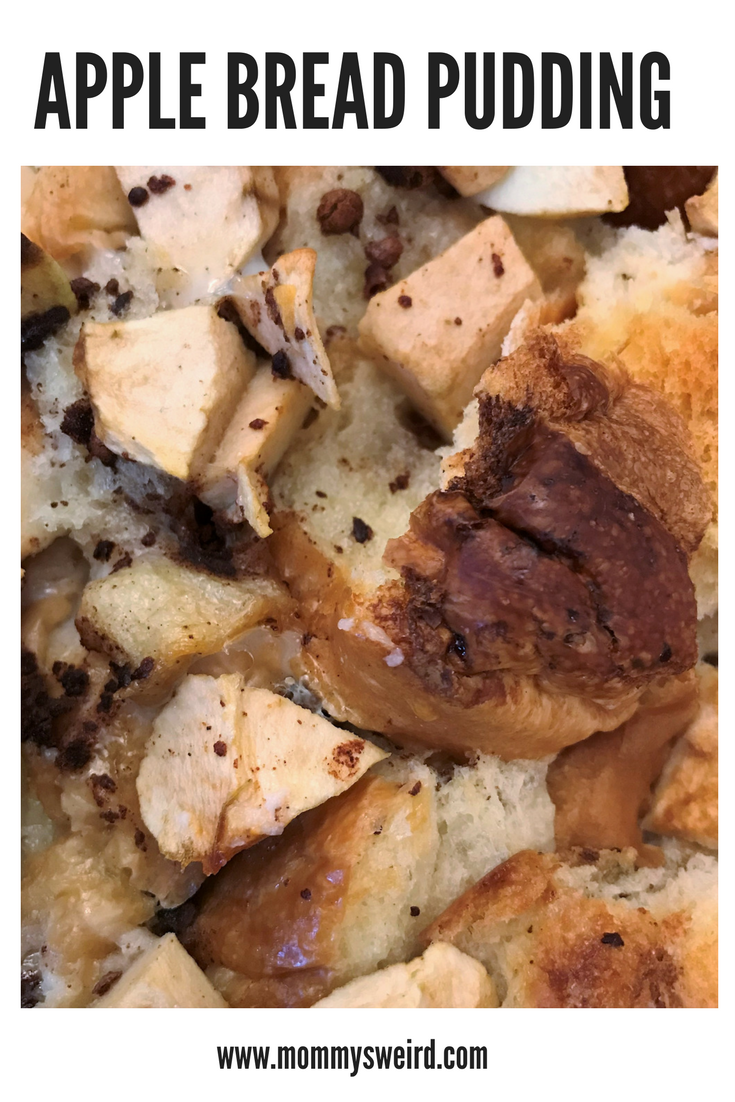 Beat eggs and combine with milk, sugar, cinnamon and vanilla

Pour over bread and lightly push bread, apple, raisins (optional) down into the egg mixture.

This can sit overnight and be thrown into the over first thing in the morning, too. Don’t be scared to have fun with this recipe. Try cranberries or blueberries instead of apples. I tend to use leftover french bread but have also used cinnamon buns and hot dog buns. 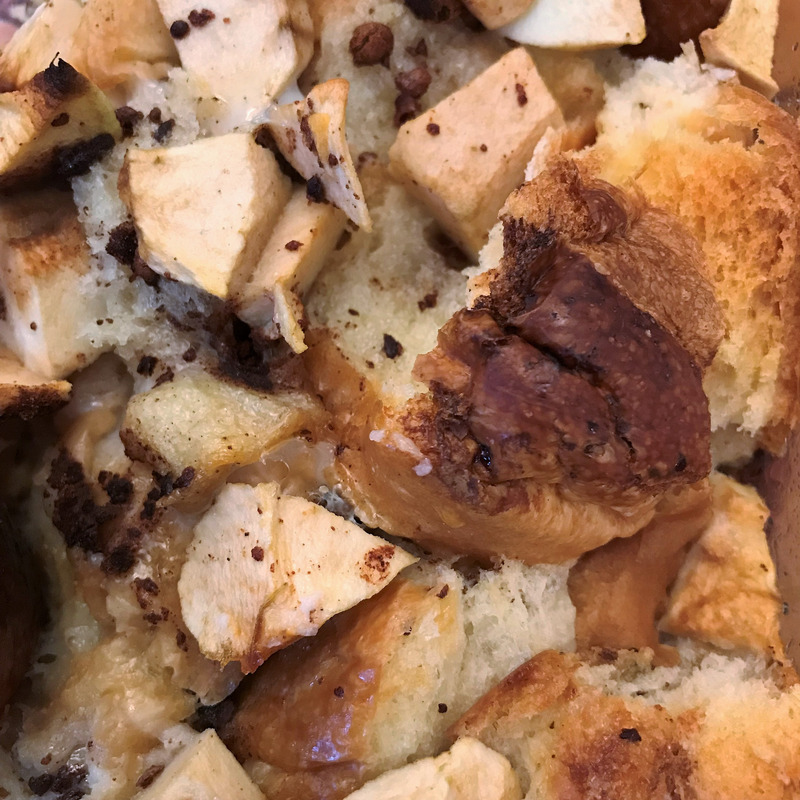 If you like this Apple Bread Pudding recipe, we have more!