We had the best vacation to Vancouver with our kids.  We live in British Columbia, but our kids have never been there! In planning our trip,  I knew that most of the things that we were interested in visiting in were in the vicinity of the harbour front and Canada Place, so I started by researching hotels on google maps.

Not only was I looking for location and affordability, but having an indoor pool for the kids was also a must as Spring can be pretty rainy on the West Coast.

I am so glad we chose the Pinnacle Hotel Harbourfront. Our hotel stay varied between $164 to $184 a night and they had a special on that included parking. Parking is soooooo expensive in Vancouver. We also ended up eating at the hotel twice because the view of the harbourfront was so amazing. I didn’t expect the view to be so great. This hotel is a gem, there is a park across the street, so even though it is not right on the water, it looks and feels as if you are. The kids were able to watch the sea planes land and take off and the children’s menu was awesome. 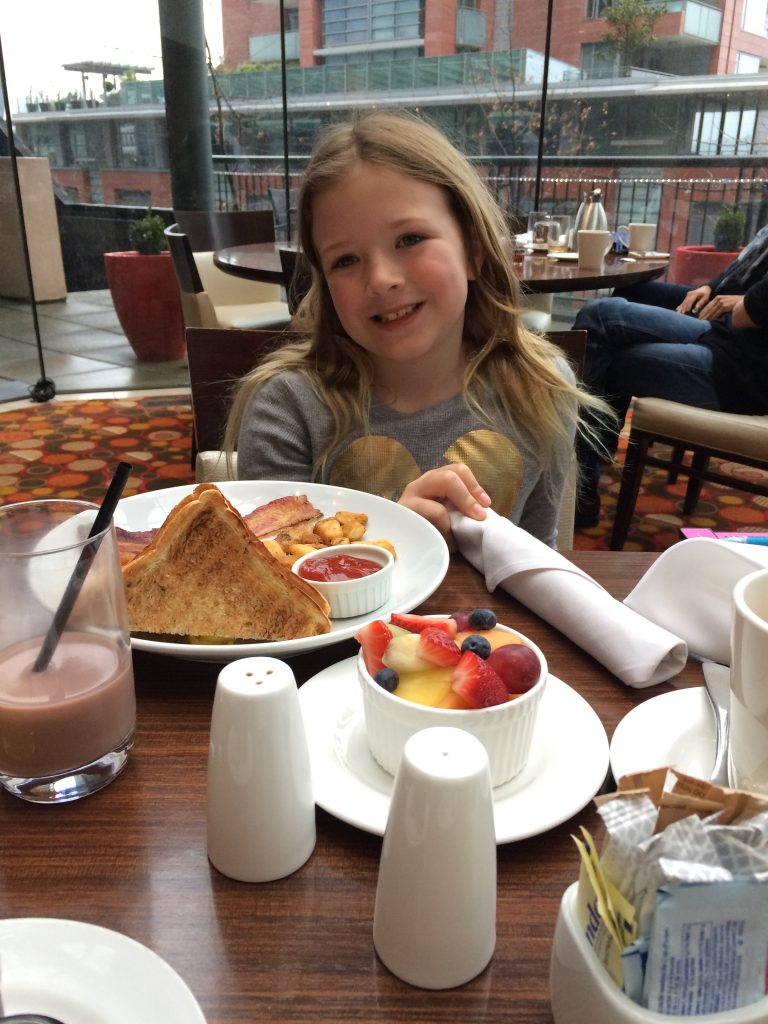 Speaking of food, we dined at the P2B Bistro & Bar at the Pinnacle Hotel Harbourfront, we also headed up a few blocks toRobson to Red Robin’s, the Vancouver Convention Centre for DeDutch and one of the many the Old Spaghetti Factory locations.  All super kid friendly.

Now to make this about me, I have always wanted to go to Capilano Suspension Bridge, but as an adult I have to say the best part of planning our trip there had to be the free shuttle bus from Canada Place. Who wants to drive around a new city? Not us. The stress of it takes all the fun out of any trip. We also went on our first day and no one was in the mood to learn about the bus schedule, so this was beyond amazing. If you are ask our 6 year old son the shuttle was his favourite part of the entire trip. If you are planning to take the shuttle bus, it is easy to find at Canada Place, just look for the Canada Kiosk outside of Canada Place.  Our daughters favourite part of Capliano Suspension Bridge was the Cliff Walk. 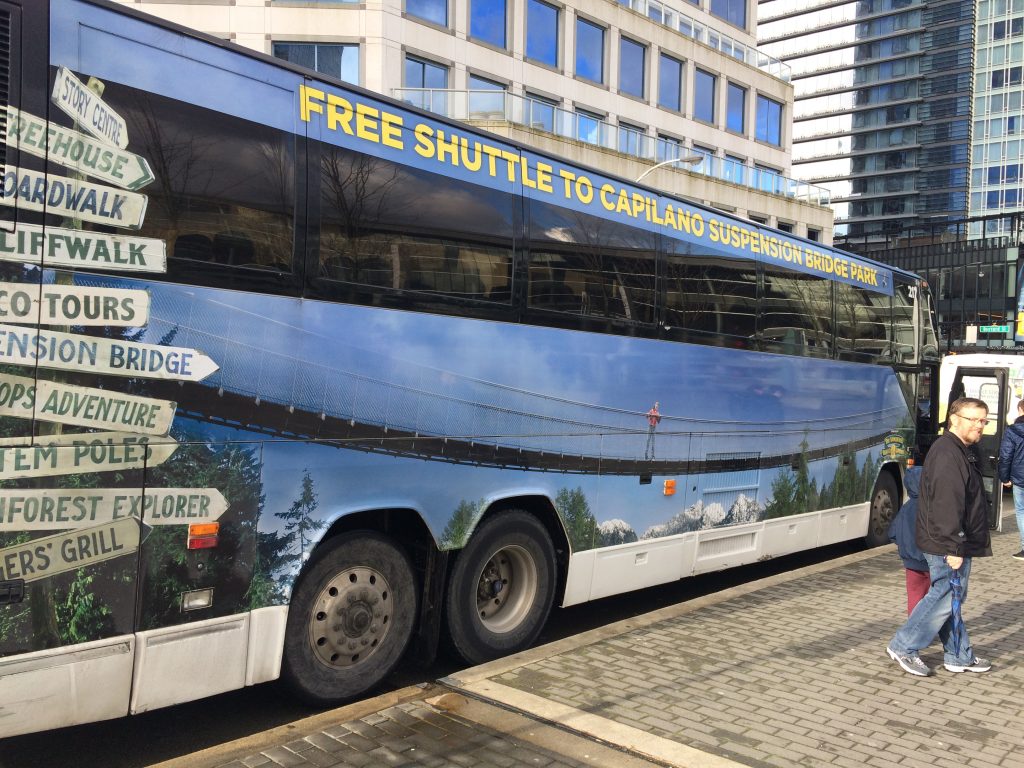 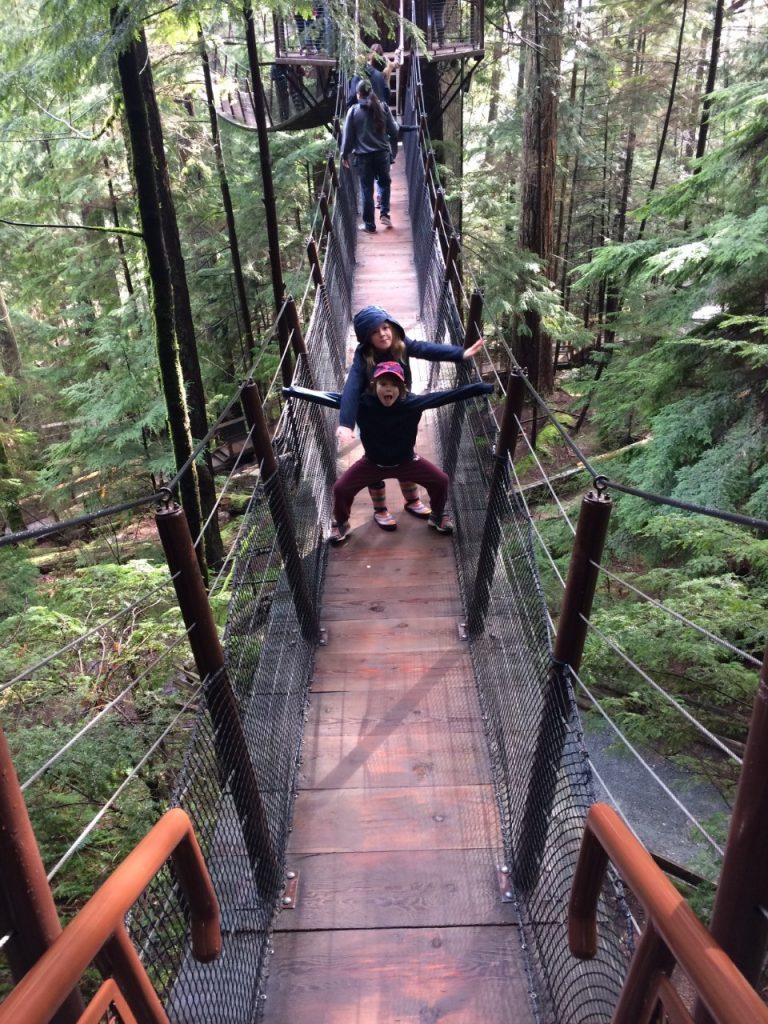 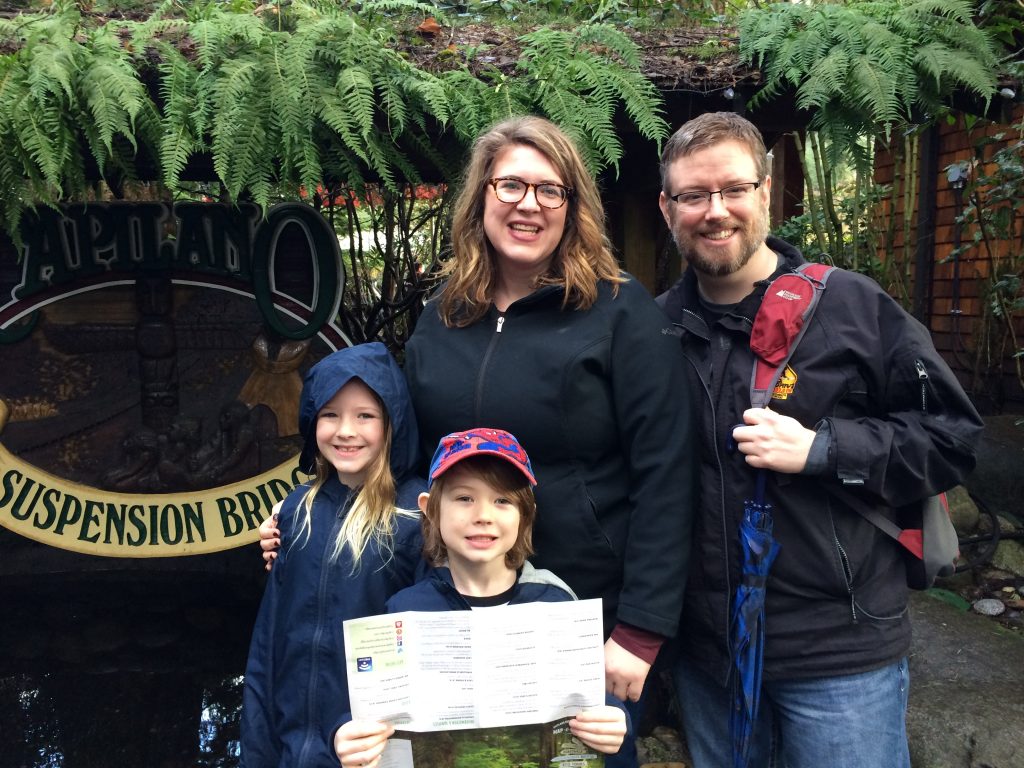 Whenever we are in a new city, I am the map master because Zed is an idiot when it comes to map. Listen, he is good at lots of things, but knowing directions in a new city or anywhere for that matter is not his forte. He’s lucky he’s cute.

Now, where I get worked up is trying to figure out local transit. I have to check the map 19,000 times before, during and after my trip. For this trip to Vancouver we used the Seabus and the Skytrain.  Both were so simple to use that we debated moving to Vancouver for about 4 minutes.

I loved giving our children the experience of the Skytrain. They were in awe. It was a bit tricky for Bot, because he is adorable and people like to stare at him. He hates that. But the stops, the speed and the squealing had our nine year old totally entranced. We took the Skytrain to New Westminster to meet some friends and we took the Seabus to Londsdale Quay. 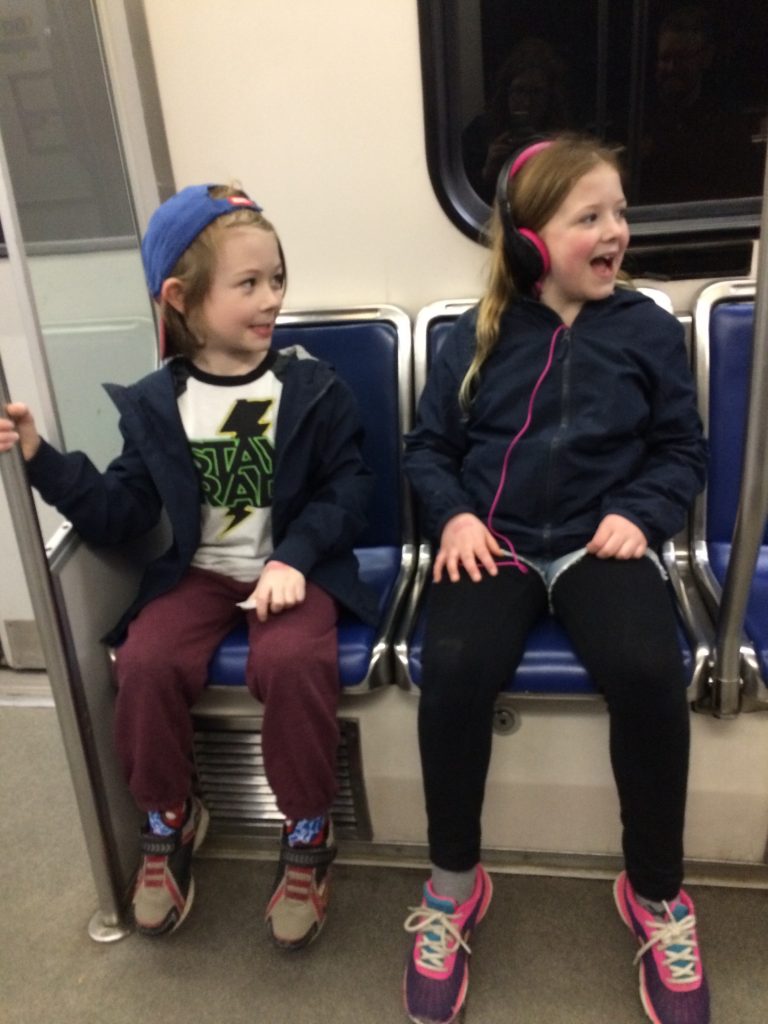 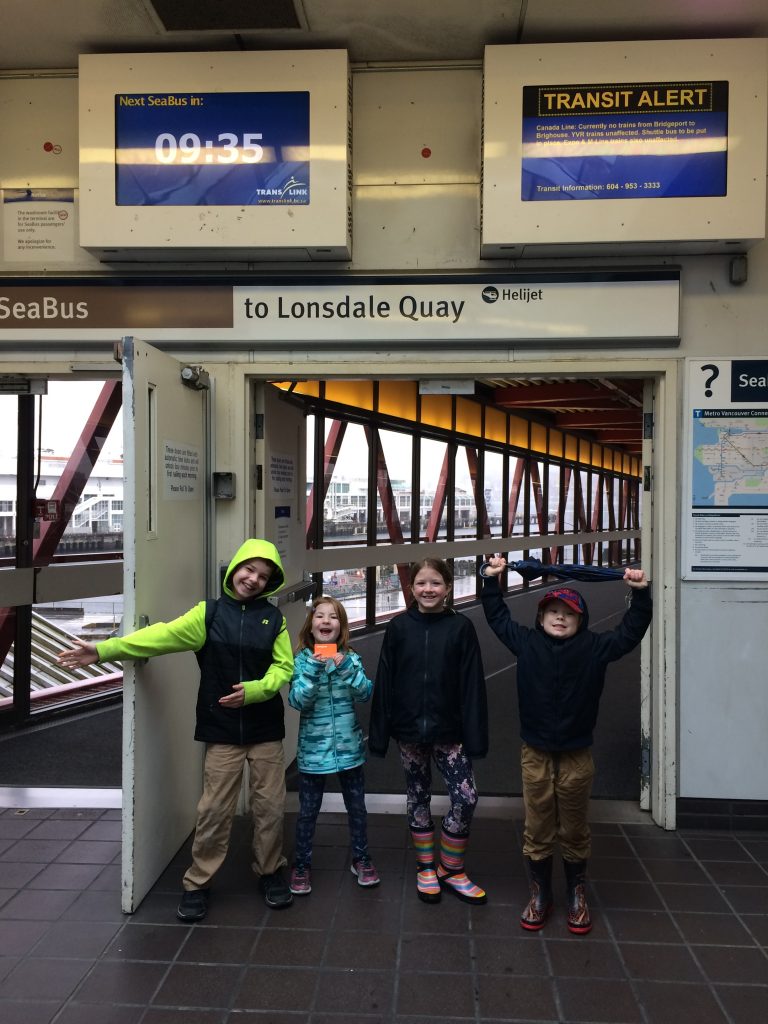 With kid’s Lonsdale Quay is a must.  The view of downtown is amazing. The experience of the Seabus is blast for the kids. The shopping and Fish market is fun. Plus, the foodcourt is off the damn hook. You must eat at Montgomery’s Fish and Chips and get some Gelato, too. 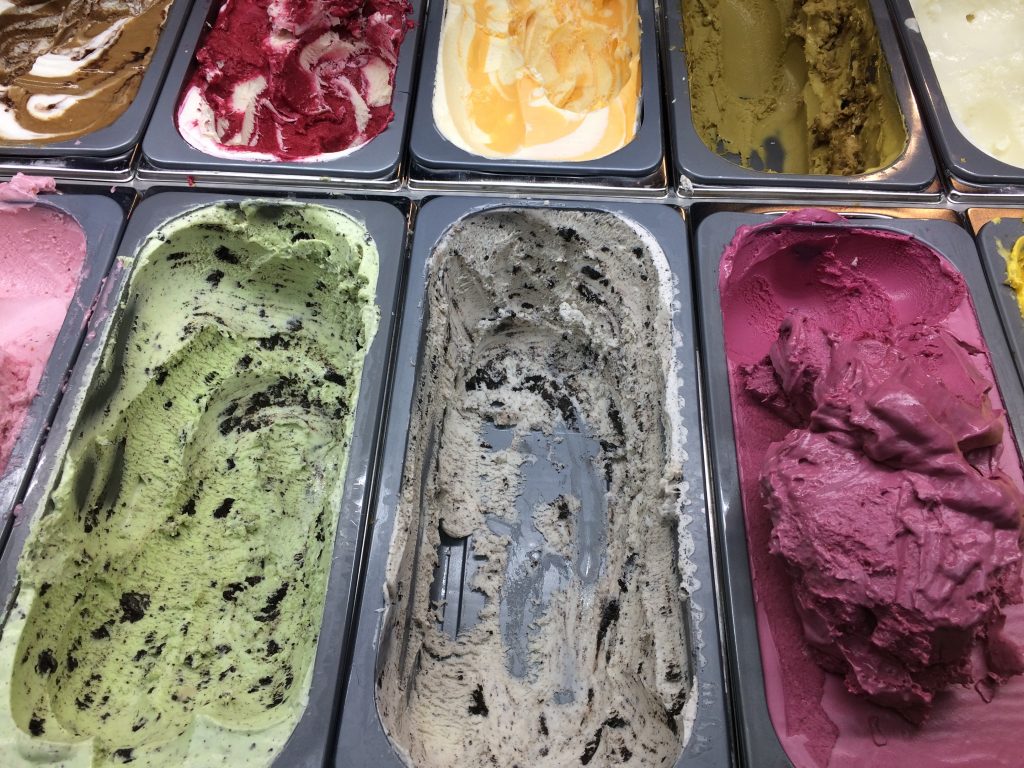 Have you heard of FlyOver Canada? 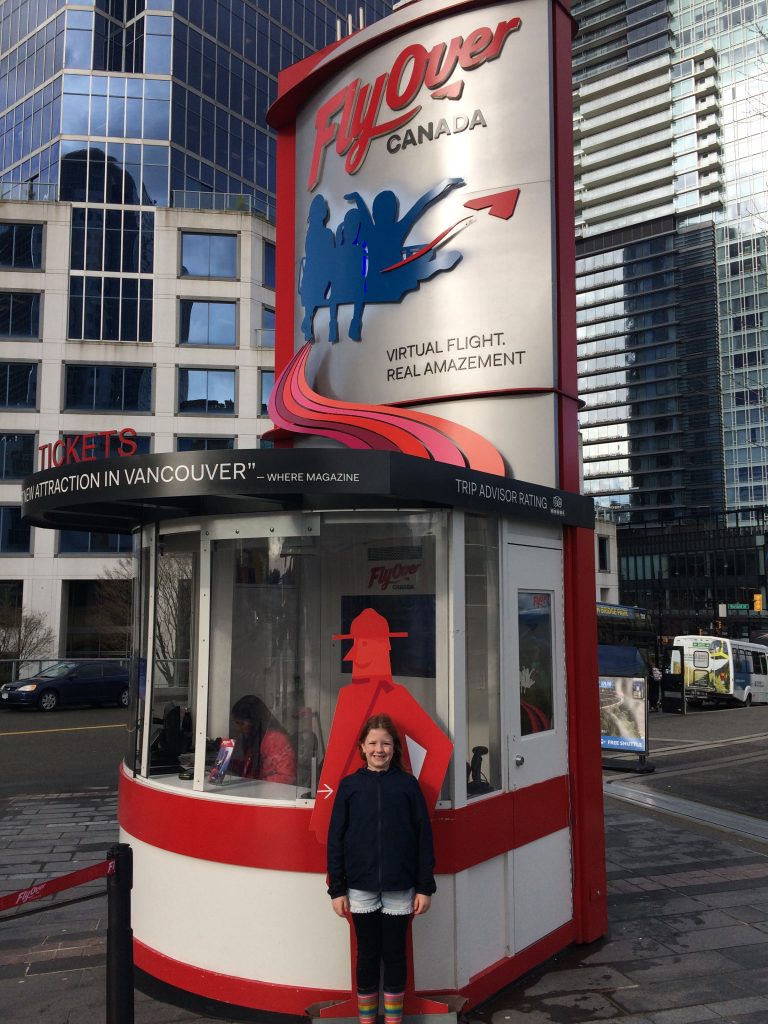 I had heard a lot about this ride, but had no idea it was going to be the experience it was. It is an IMAX type of ride that takes you literally flies you over Canada. Your feet dangle, the wind blows your hair, your face gets a tad damp. It is not surprising that FlyOver Canada has been named one of the top things to do while visiting Vancouver. We screamed, we laughed, we shouted “ONE MORE TIME!”, when it was done.

I’m sure they thought we were nuts.

For me, as a Mom, my most favourite day was at  the Vancouver Aquarium. Our 9 year old has always wanted to see dolphins. Watching her little face during the dolphin show made the entire experience for me. She was over the moon.  We ended up spending 5 hours at the Vancouver Aquarium. Also, we didn’t pack a lunch, but the food was ridiculously good and affordable. 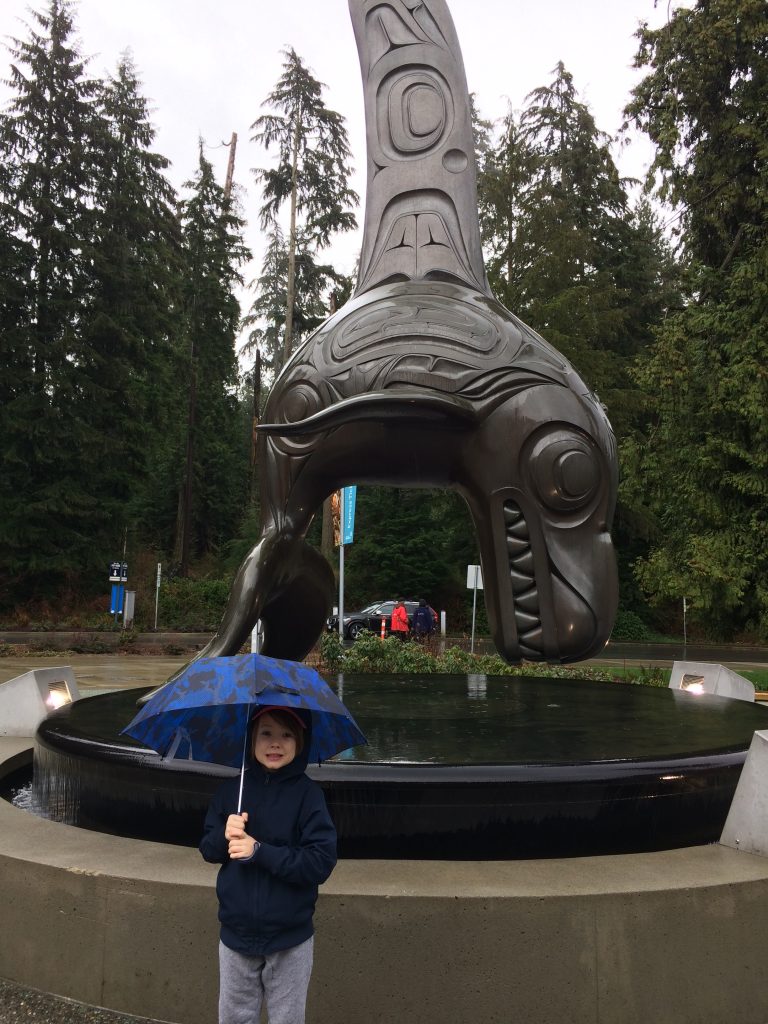 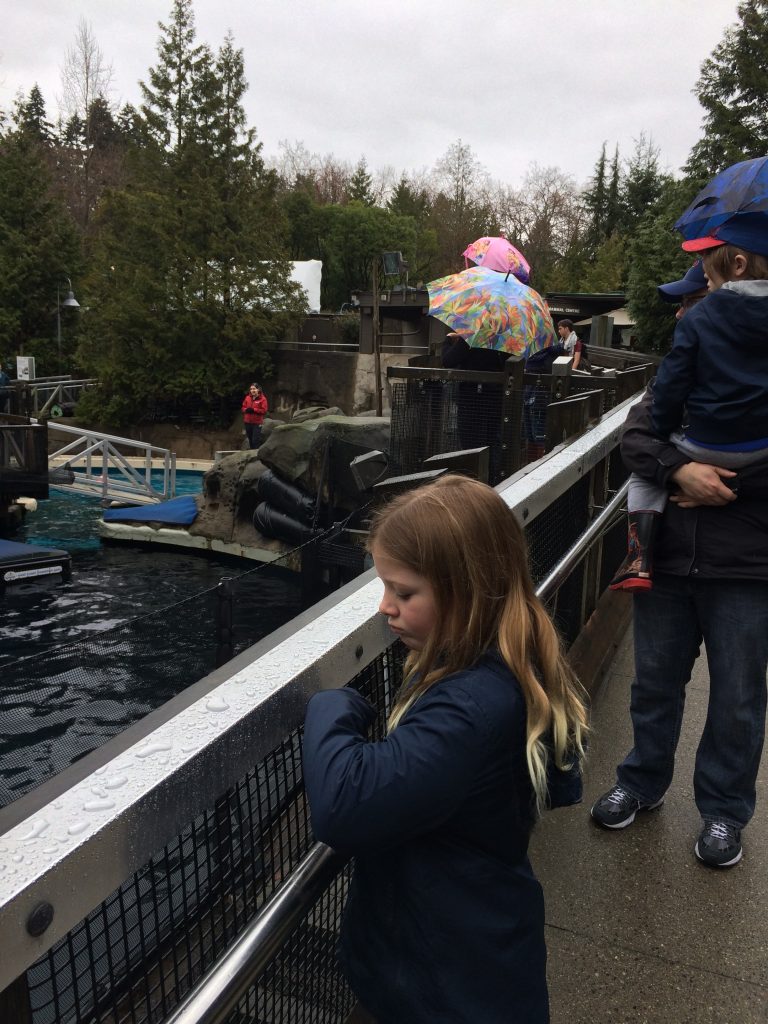 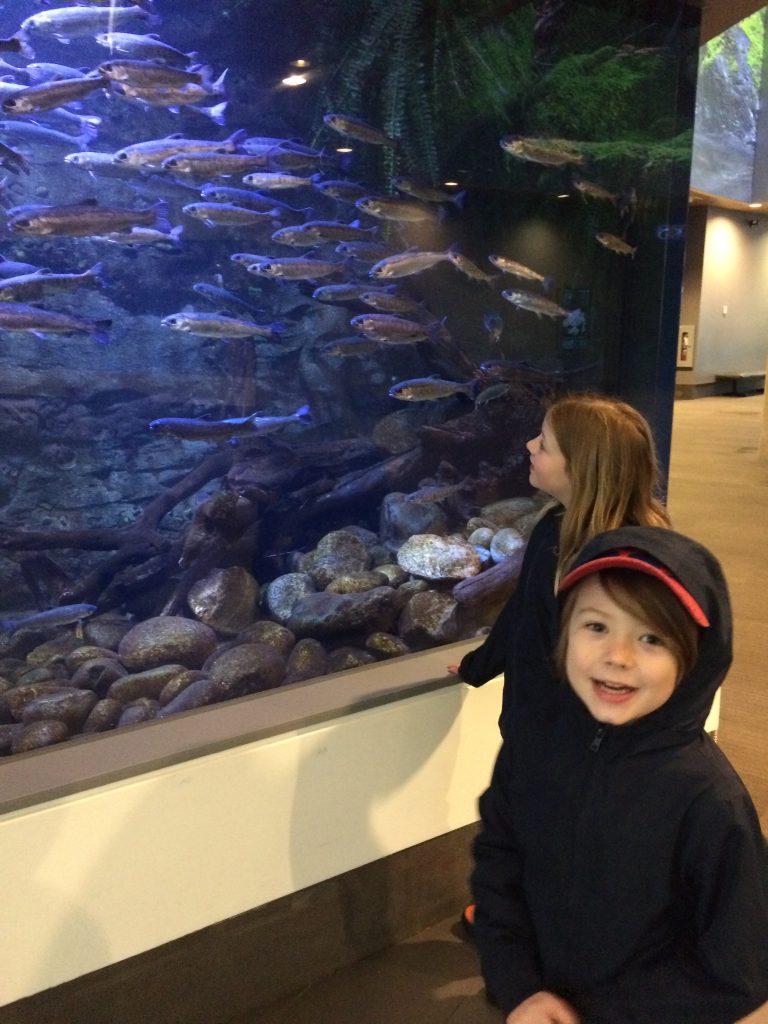 Our hotel was within walking distance of the Aquarium but our plan was to take in all the sights of Stanley Park after the Aquarium, so we drove. And I am glad we did. There was lots of parking in Stanley Park and we were never without a place to stop and let the kids run and play. Our kids really enjoyed Second Beach, but Third Beach is the one to hit up if you want play parks, food and washrooms. 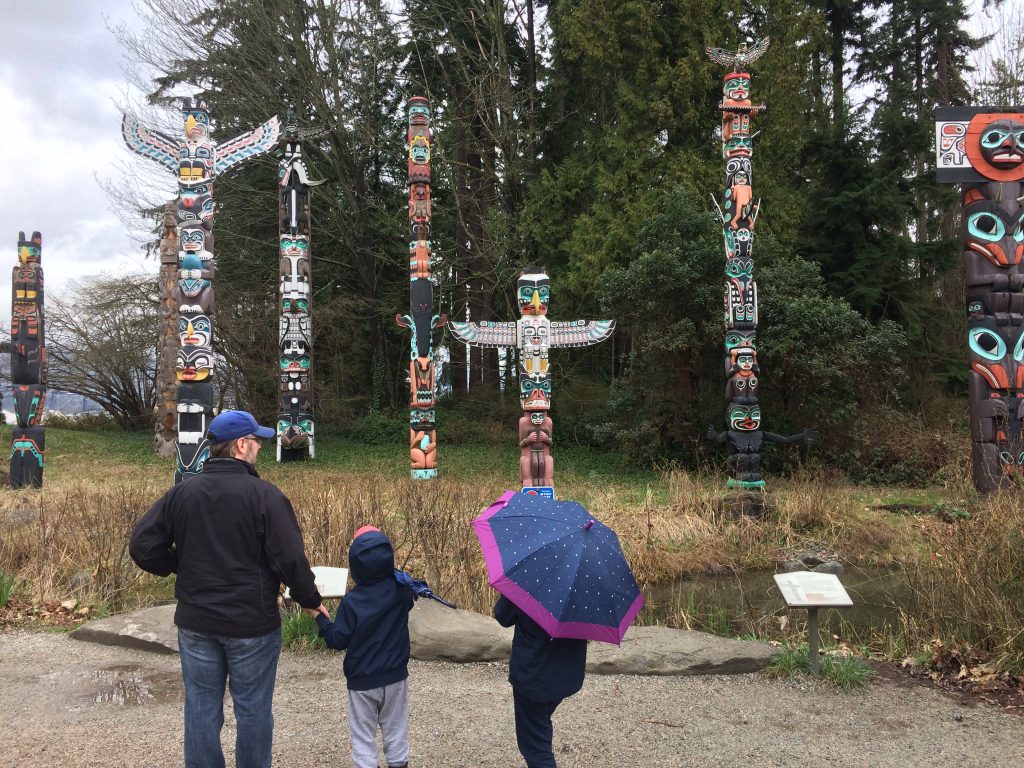 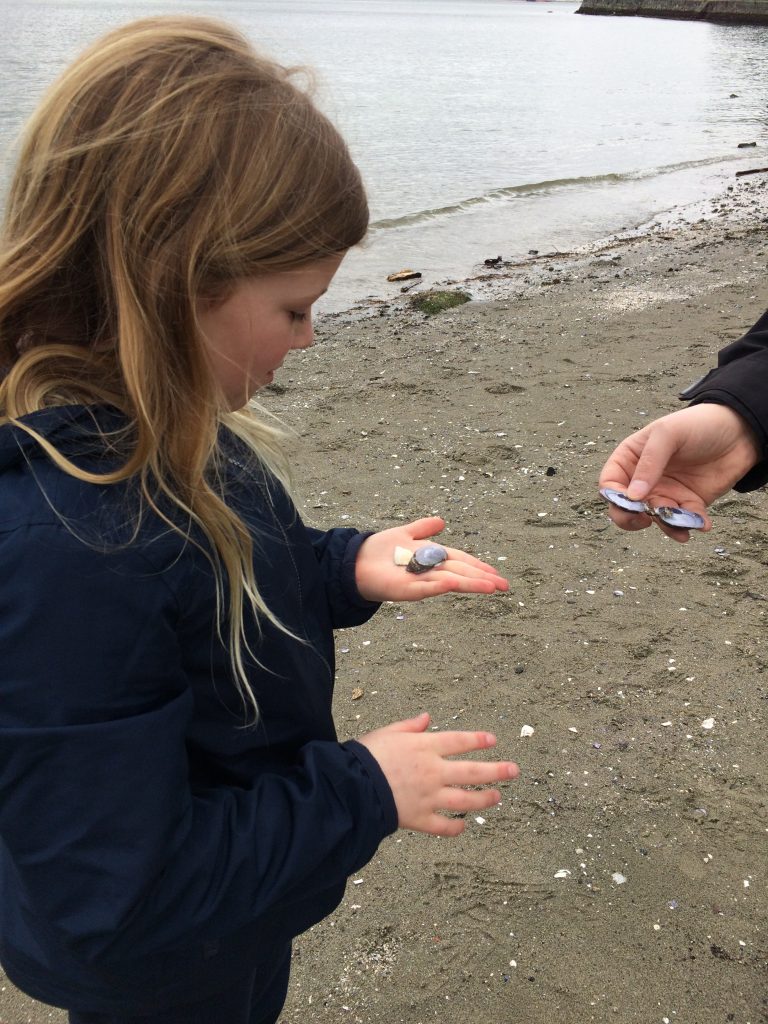 So what did we miss? We had 3 full days in Vancouver and we really needed one more day to take in Granville Island and Science World. Our plan was to take the Skytrain to Granville Island and the one of those cute little tug boats/water taxi to Science World and then Skytrain back to our hotel. We might have been able to fit it in had we not spent a great day with friends at Lonsdale Quay.

I would like to thank Vancouver Aquarium, Capilano Suspension Bridge, Fly Over Canada and Pinnacle Harbourfront hotel for their support during our stay. 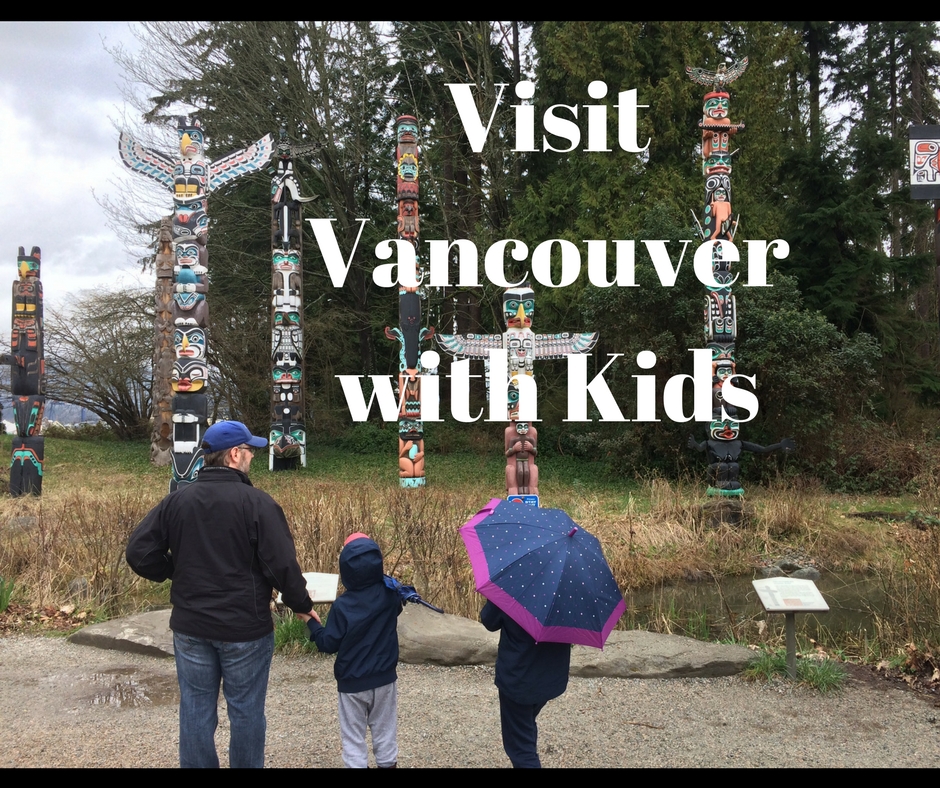 8 thoughts on “Vancouver With Kids…”