I admit it. I had a really hard time dealing with fact that she failed. And I sounded like an idiot.  You know how I know that?

Well, a few weeks back Whirlwind failed Sea Otter again.  And I didn’t really give a flying fuck. I didn’t even complain.

I just took it in stride.

I mean, really what is the big deal?

She failed. She’ll take it again.  She doesn’t even know that there is a pass/fail system in life.  So, obviously, I learned my lesson and did not stand in line to complain to the poor woman at the front desk.

But do you know who complained?  “Other Whirlwinds” Mom.

Side Note:  Whirlwind has a best little buddy who is not only in the same swimming class, but they are both named Whirlwind and they were born a day apart.  Freaky.

“Other Whirlwinds” Mom was totally surprised that her daughter did not pass Sea Otter.  And it was hilarious.  It was so awesome listening to her.  I was loving every minute of it.  She sounded soooooo stupid.

And I told her that too. 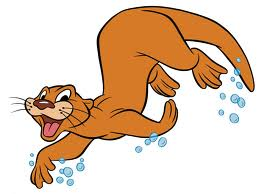 Oh and if you couldn’t tell, that little smiley little ratty thing above is a Sea Otter.

Can’t they bring back Yellow, Orange and Red?

4 thoughts on “You Sound Stupid And I Love It….”